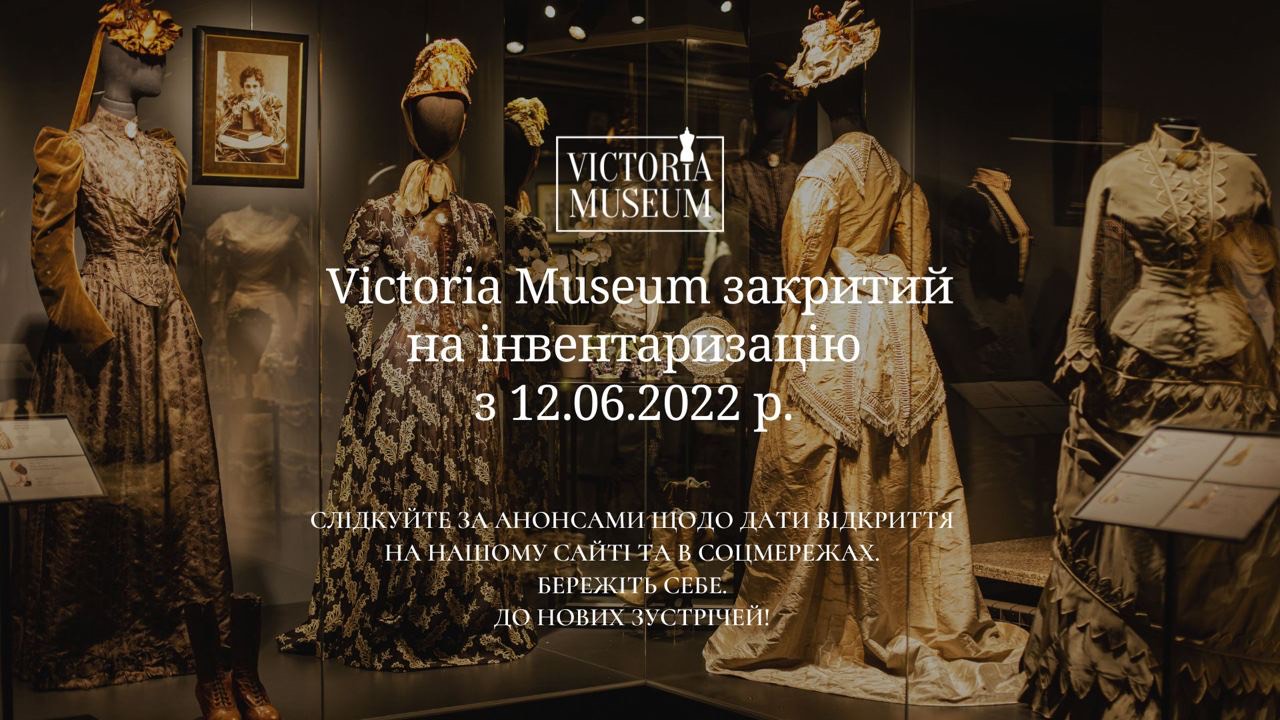 Message to the world community 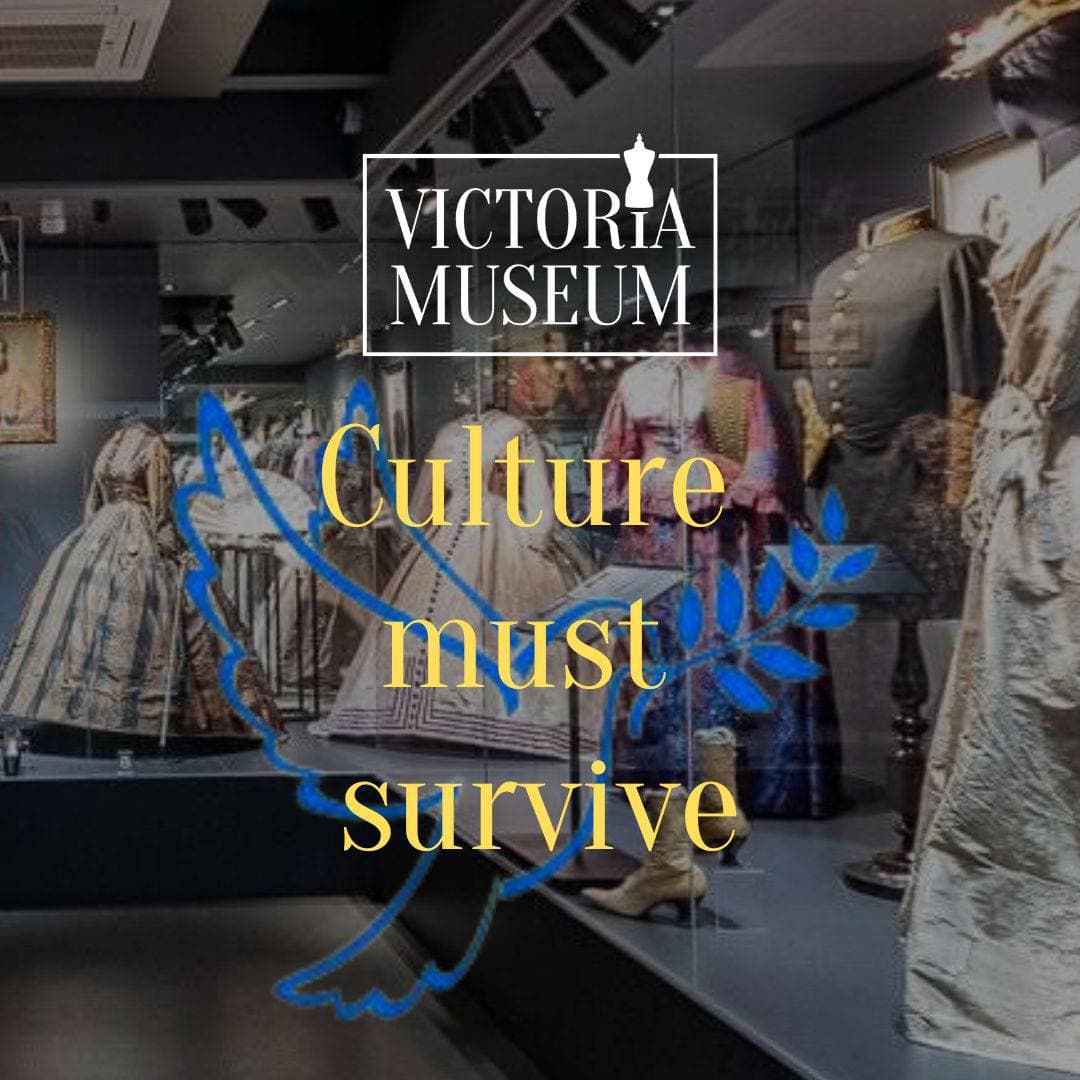 I, Victoria Lysenko, owner of the Victoria Museum – Kyiv museum of costume and style of the 19th century, appeal to the world community to assist in spreading information about the war in Ukraine: culture must.

The Victoria Museum has not just closed its doors for three days in a row. The doors of the museum are boarded up with wooden boards – and this is an eloquent example of what happened to the culture of Ukraine during the war.

If any of my foreign colleagues still have doubts about the extent of the conflict in Ukraine, I confirm that we have a full-scale war that Russia started eight years ago. Today in Kyiv, one of the greatest European capitals with a thousand-year history, there are human casualties and extraordinary material damage. The statistics are scary to read today: attempts to seize strategic sites, destroyed bridges and buildings, numerous attacks on residential areas… City dwellers are frightened and seek protection in bomb shelters and basements. Uncertainty frightens, but the passivity of the world regarding the tragedy of our country frightens much more. We ask for your help and ask everyone to spread the word about what is happening here!

Our country knows very well what is happening to cultural heritage during the war. The destruction of historic buildings, the theft of national values and private collections, the destruction of entire cultural strata, the assassination of the core of the nation – how many times such crimes have covered our history with bloodstains! But we shall note – for centuries these wounds have been inflicted on Ukraine by its neighbor – “fraternal” Russia!

I created the Victoria Museum in 2016 during the war in response to events in the country. In my opinion, culture is a strong backbone that separates the country from others, emphasizes its individuality, testifies to its history. The museum has a collection that reflects the fundamentally peaceful life of the middle class residents of major Ukrainian cities: Kyiv, Kharkiv, Odesa, Lviv and more. Today, these same cities and their ordinary inhabitants suffer from the same criminals as in 1917!

The coup of 1917 for many years devalued even the mention that Ukraine was a European country, with its own individuality, where the intellectuals worked fruitfully – writers, scientists, human rights activists, poets, composers, inventors, engineers and other people whose ideas and achievements are known far beyond our country. And today, in 2022 our aggressive neighbor wants to commit the same crime again – to destroy our country, which mentally, spiritually and materially began to strengthen and grow!

The building, which houses the Victoria Museum, has survived two wars. In 2016, my husband and I restored it at our own expense and created intellectual and cultural spaces inside. Above all, I want this unique building, as a symbol of the invincibility of Kyiv, which has seen a lot of suffering at its age – to withstand this terrible war! For eight years in a row, we have resisted the aggressor’s attacks. The last three days in Kyiv – shelling, explosions, shots: children and civilians die, the military heroically lay down their lives for their country … I believe that we will win!

It is said that Winston Churchill was once brought to consider the country’s budget. He asked: – And where are the costs for culture? – But the war is going on! What culture ?! – If there is no culture, then what are we fighting for? Speaking of today, we know what we are fighting for and what we are defending: our future, our identity and our culture.

I appeal to the world community to help to preserve the culture of Ukraine, to boycott all possible Russian projects, to spread information around the world about what is happening here! Together we will win!

With respect and faith in the future,
Victoria Lysenko,
Founder of the Victoria Museum