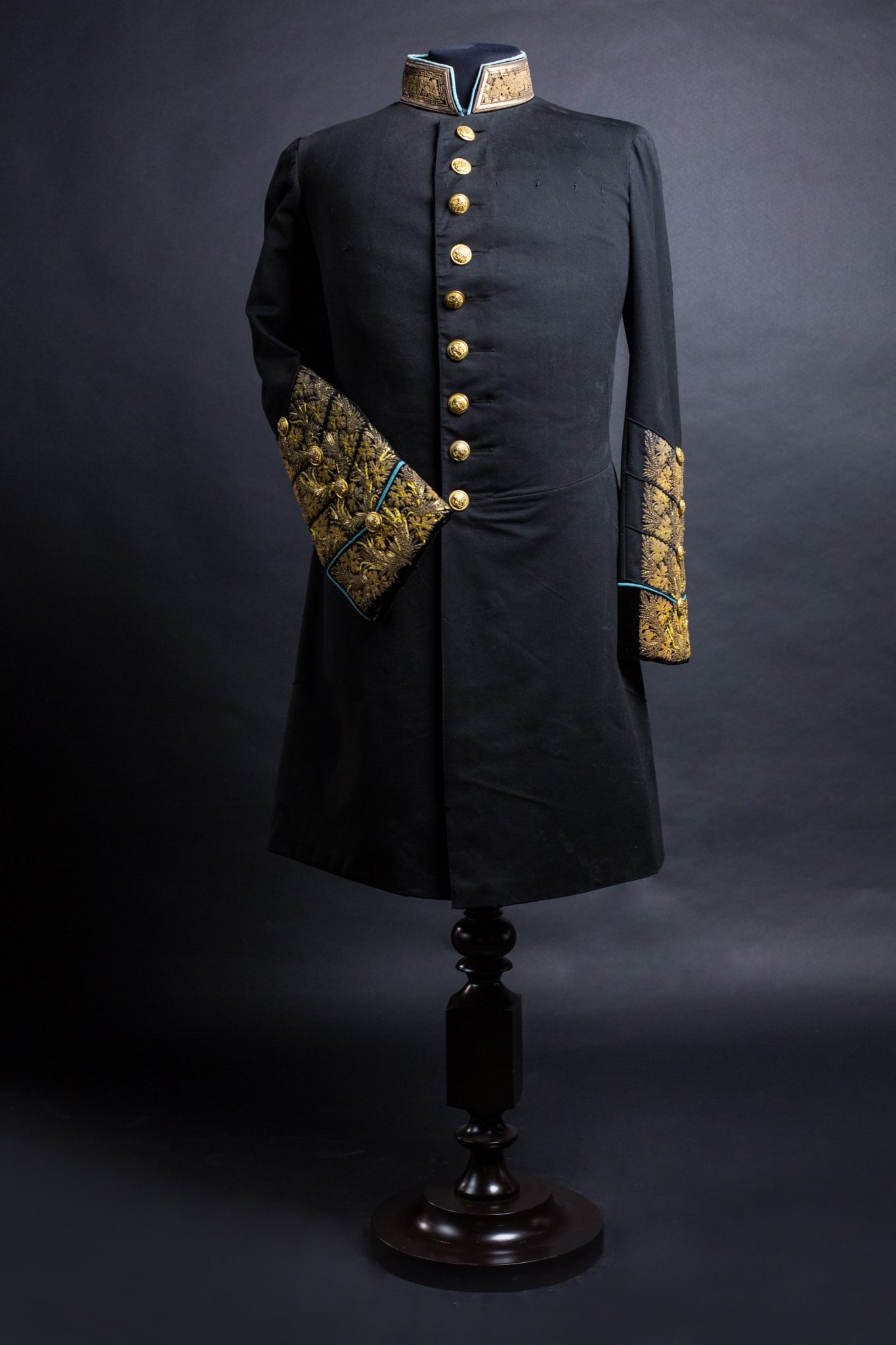 PARADE UNIFORM OF AN HONORARY GUARDIAN OF THE OFFICE OF THE INSTITUTIONS OF EMPRESS MARIA
19th century
Honorary guardian was a high title in Russian Empire. A per- son, who achieved this position, was equaled to the third class of the Table of the Ranks and titled “your excellence”.
The Office of the Institutions of Empress Maria specialized in charity provision in the Russian Empire.
The office man – aged orphanages, training schools for the persons with loss of sight and hearing, education institutions for women, bringing up youth, creation, and maintenance of the poorhouses and hospitals.